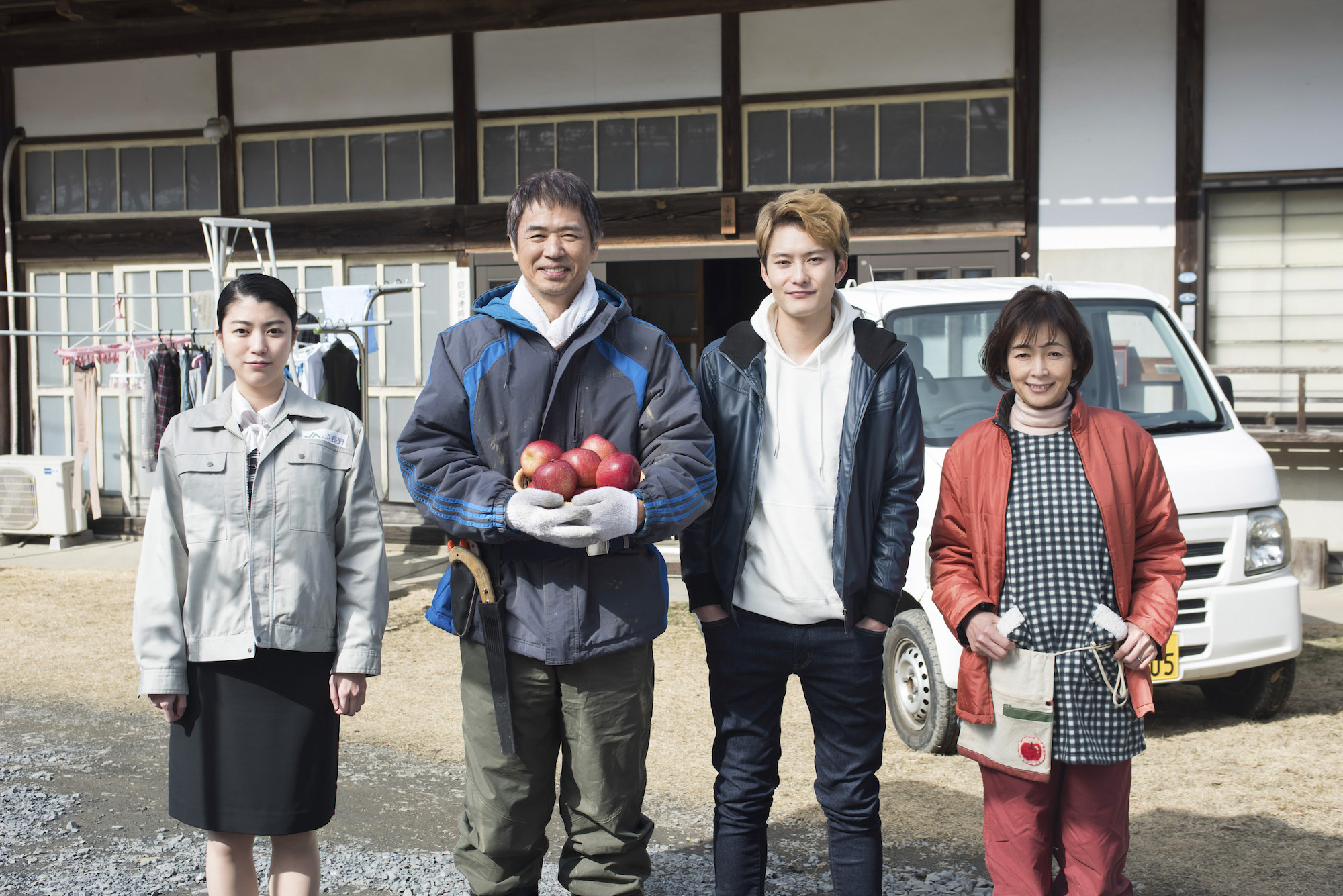 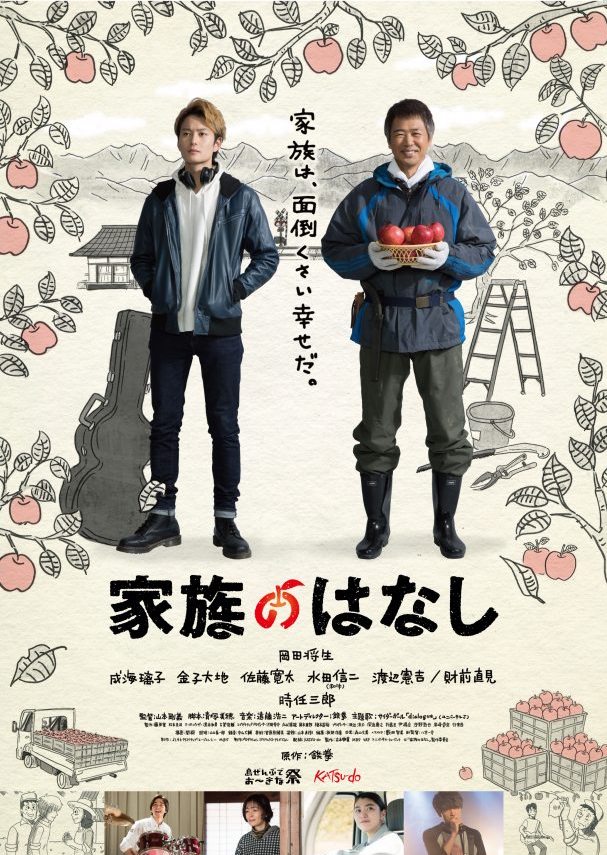 Takuya drops out of the college to give his music career a shot. His parents who work as apple farmers in Nagano don't know anything and keep sending him money. When Takuya was a low-teen, he experienced a major setback in his life and ever since he feels repulsion and defiance against his father, Toru, whose only goal seemed to make Takuya take over his business.
With his music career coming to a slump, Takuya goes through a second phase of sense of failure and loneliness and decides to go back to see his father for the first time in years. When they meet, he is overcome with feelings of distress and frustration towards his father. We then learn that his father also had unspoken emotions for Takuya....