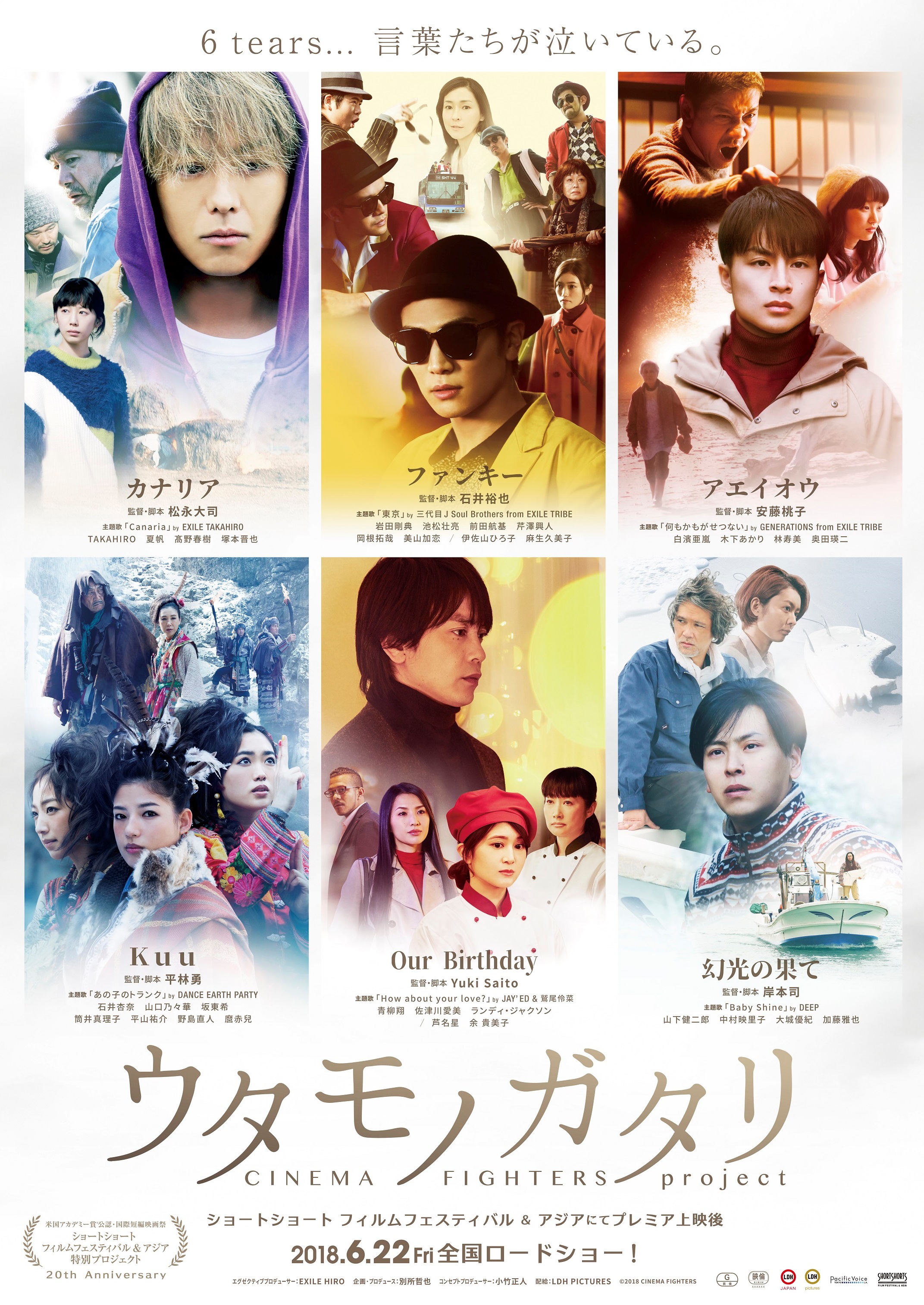 It's an early, foggy morning at a farm. Iwao is tending to his cows as usual.
Ryo comes in late but Iwao tells him that he's not actually obligated to come. He is absorbed in his work and says nothing. After working, they hear a loud moo echoing from another cowshed. A birth is near. Ryo goes there and finds Kaeda staring at the cow. He tries to speak to her, but he gives up.
Later, Ryo is clashing with Iwao because of his attitude. He wanders around a deserted town to search for an outlet for his emotions. He returns to the cowshed and stands in front of the cow with a hammer in his hand...
Director: Daishi MATSUNAGA
Cast: EXILE TAKAHIRO, Kaho, Haruki TAKANO, Shinya TSUKAMOTO
Short/Drama/2018/Color/16min.
Japanese title: カナリア（ウタモノガタリ シネマファイターズ第２弾）