SUMODO ~The Successors of Samurai~ 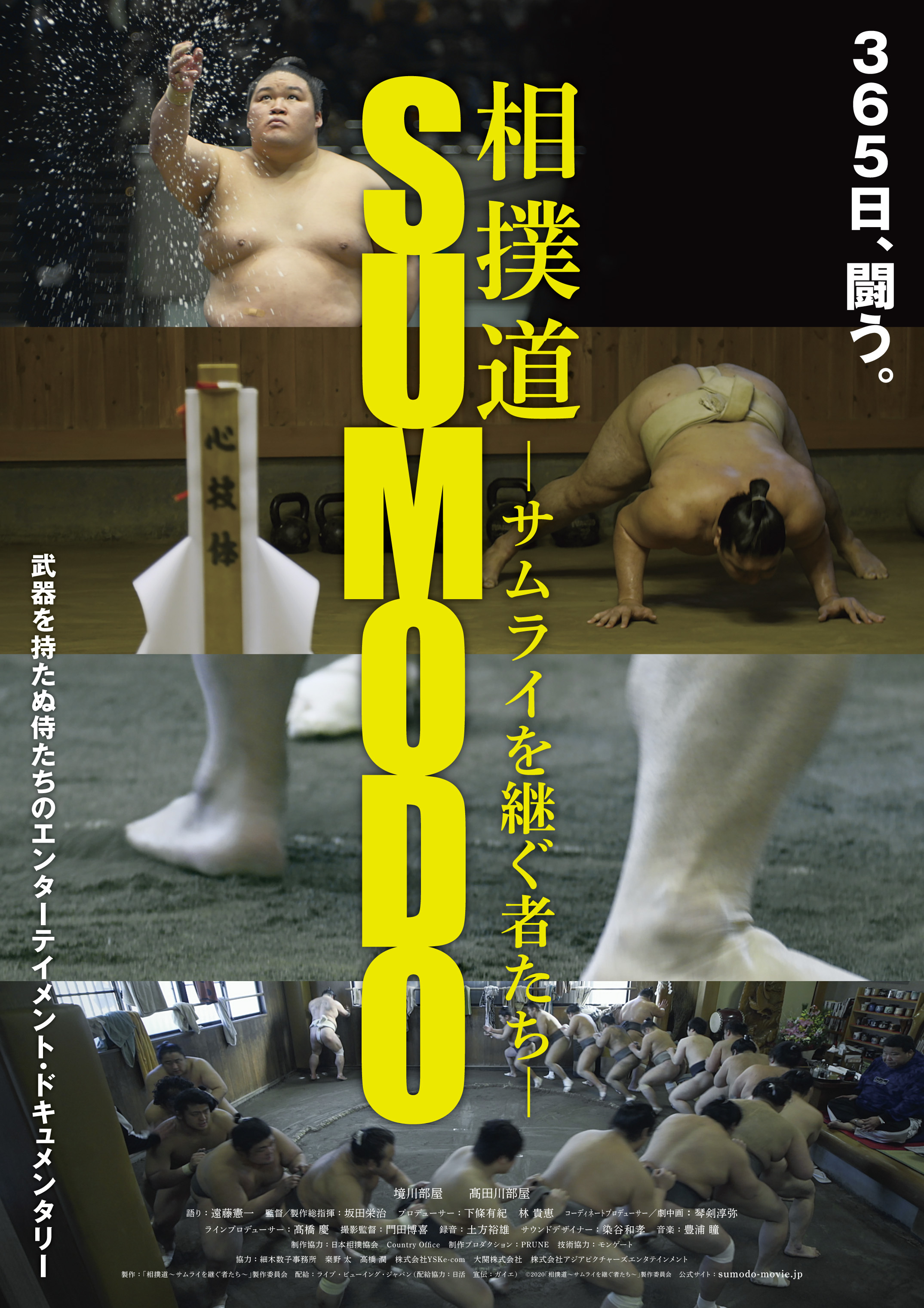 Japan's first sumo documentary which chased after sumo wrestlers who dedicated their lives to sumo.

Even though sumo wrestling has continued for over 1,500 years, it is not well known in the world how severe a sumo wrestling competition is.
The Rikishi wrestlers each weigh more than 150 kg. One wrestler sums up a moment when they clash violently without wearing protective gear as a "car accident". The wrestlers are required to need not only a strong body but also strong mental power.
What kind of life do they live in, and what thoughts do they take on the fight?
Through two sumo-beya (sumo wrestling rooms) with totally different atmospheres, the director depicts Sumo Rikishi’s life of intense practice, days full of injuries, and 15 days of fierce battles.
This is a documentary film that is full of shocks and surprises that makes you feel passionate for those who are fans but also even for whom not.