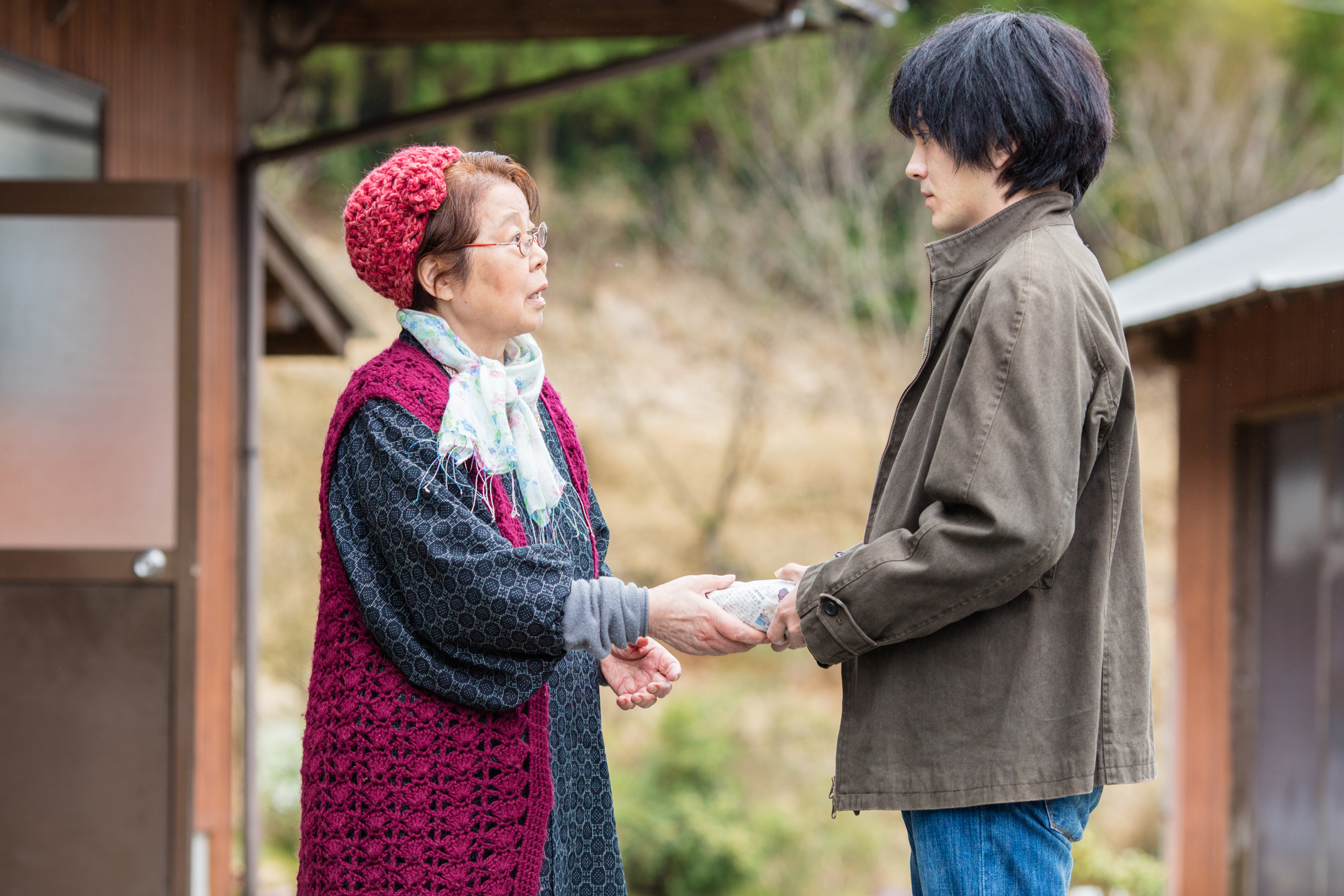 Abandoned by his parents as a child, Shoto Izumi (Kento Hayashi) has grown up a thief and mugger preying upon defenseless women and the elderly. After inadvertently stabbing a victim, he escapes into the remote hills of Miyazaki Prefecture where he assists an injured elderly woman, Suma (Etsuko Ichihara). He plans to rob her of all her money, but is embraced by the warmth of the townspeople who mistake him for Suma’s grandson. Shoto somehow gets recruited into helping with mountain foraging work and festival preparations, and gradually, finds his hardened heart undergoing a change. He encounters Michi (Mina Fujii), a local girl who has returned home after 10 years who seems to stokes in him further remorse of his criminal past. Seeking redemption and a “do over” in life, Shota finds himself facing a critical decision.