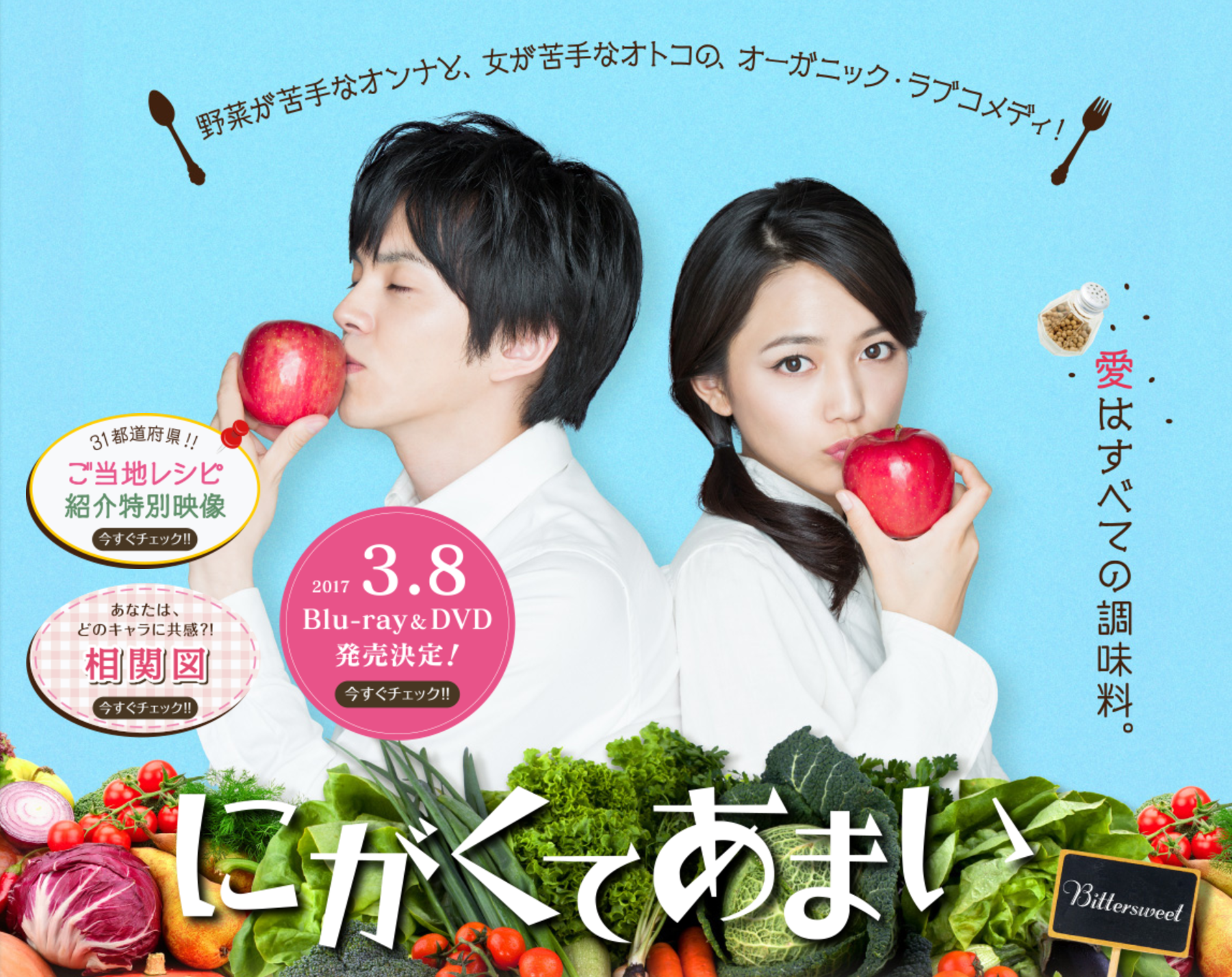 Maki Eda (Haruna Kawaguchi) is an attractive career woman, highly respected by her co-workers. Her love life, though, is a mess, as is her apartment. Her diet is terrible, and her boyfriend has broken up with her.
She is pouring out her heart to the bartender in an establishment she frequents when Nagisa Katayama (Kento Hayashi) a handsome high-school art teacher, comes in with a box of vegetables. The next morning, when she wakes up with a hangover, she is appalled to find Nagase in her kitchen making breakfast. She has no memory of the night before. He sets a vegetarian breakfast before her, and she hates vegetables, but is astonished at how good these taste. ‘You’re pretty when you eat,’ he says, and she feels herself falling for him. Nagisa, however, informs her that he is gay. Maki, whose apartment lease is ending, pressures him into letting her move in with him.
A somewhat naive straight woman who hates vegetables and a gay male vegetarian: these are two gears unlikely to mesh. Maki, however, finds that the taste of his food, about whose ingredients he is extremely particular, is both spiritually and physically healing.
But now Arata (Yasushi Fuchikami), Nagisa’s long-departed first love, turns up, and tells Maki Nagisa’s sad story. And then it turns out that Nagisa is a fan of the organic vegetables grown by Maki’s estranged father Yutaka (Hideo Nakano), who is the source of his daughter’s distaste for vegetables.
Good food brings two people together, and creates a special bond between them.