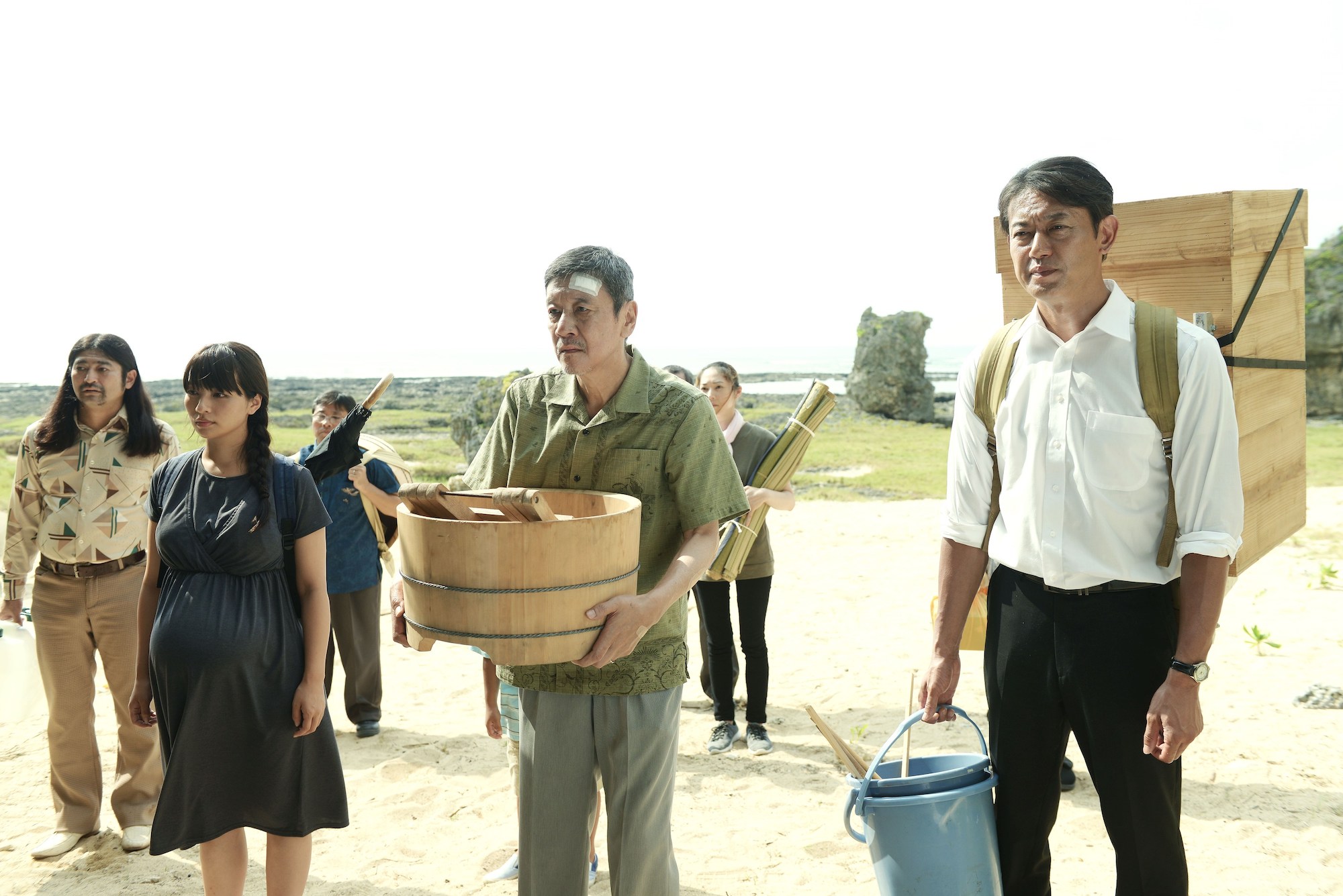 Life is hard, but you are not alone.
Takashi comes back to his hometown in Aguni Island, Okinawa for his mother’s senkotsu. His father Nobutsuna is living alone like a dead after his wife’s death. Takashi blames Nobutsuna for the mother’s death, since she worked a lot to pay the debt for the Nobutsuna’s company. Takashi’s sister Yuko who lives in Nagoya also comes back, but to everyone’s surprise, she is 9 months of pregnancy. Takashi cannot accept Yuko’s freewheelingness. The family is filled with the awkward mood while the day of the mother’s senkotsu is approaching…

Senkotsu – an Okinawan local ritual which is, nowadays, pursued only in some islands of west Okinawa such as Aguni Island. The dead body aerially buried is taken out from the tomb after all the flesh is gone, and by being cleaned by his/her close relatives, the bone is again buried in the tomb and the soul could finally leave “this world”.